How Do I Forgive After An Affair?

How Do I Forgive After An Affair? 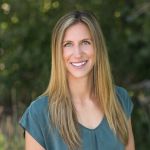 If you’ve ever been betrayed by your partner, you may wonder if you’ll ever be able to forgive and move on. But what really is forgiveness, and how does one do it? How do you know when it is time to forgive?

For many, the narrative around forgiveness has typically sounded like, “when someone says they’re sorry, you forgive them,” but we know that forgiveness isn’t that easy. Forgiveness is not granted in a single 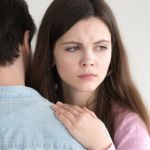 moment, but rather through a gradual process of building empathy and compassion while reducing resentment. While your partner rebuilds their trust with you, you can slowly release some of your anger. Simultaneously, as you get to know one another again, you rebuild empathy that may have momentarily disappeared. The pre-requisite to forgiveness is that an environment of safety exists in that the behavior that you are forgiving has stopped and the process of rebuilding has started.

You may be reading this and thinking, I am not ready to forgive, and that is absolutely fine. Forgiveness must come from the heart, and an authentic forgiving is much more beneficial than something that is forced.

Things will most likely never be “the same” after infidelity/an affair, but there is hope that things could actually be better. Through couple’s counseling, and the process of recovery, many lessons will be learned, and much meaning will be gained; new compassion and understanding will be uncovered for your partner and from them for you.

So, when you are ready to forgive, free yourself and your partner from the pain, but remember the lessons and newfound meaning that you have gained in the process.